Traditional games are often considered out of date and boring. This is not, however, how I feel about “Bargees”.

Bargees is a complex ‘cross-and-circle’ race board game. It might be as old as from the 4th century A.D. and was regarded as The National Game of India. How it moved to our middle-eastern culture I’m not sure.But it did and it’s now part of our traditions.

It’s a bit complicated to explain how the game works and I will not attempt to (unless I get overwhelmed with demands 😉 ).This is why I googled an explanation. This is the best one I found:

“Barjees is a 2 player game where each player has 4 pieces and must move all their pieces across the board from start to finish. Rather than using dice to determine the moves, Barjees uses cowry shells instead. Traditonally the game is also played on a cloth board.” 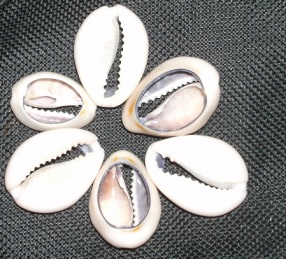 Although there are 2 sets of pawns one for each player, this game is better when played in groups , “partners” as we call them. It can be played in groups of 2, 3 or 4… the more the merrier! There is an amazing sense of companionship, “camaradrie” if you want that overwhelms you while playing in groups, but mostly there is fiery competition! For a competitive person (moi) you cannot ask for a better game!

To be honest, when we used to play this game as kids, I understood little of how the mystical pawns moved but I loved playing with my grandma anyway. “Tayta” is a great player, she enjoys the game a lot and I learnt to love it because she did. She had passed the passion to her kids, of course. My mom, and my aunt both play this game with almost the same passion as her and with as much skill. She was also a very patient teacher that instructed me well on the basis and tricks of Bargees.

The most interesting aspect however is when we tease each other about the game! Amazingly, even the sentences and the taunts are inherited:

As a result, I fell helpless victim of its charm and I’m a hopeless addict! I wouldn’t miss a chance to play and often nag for a long period of time until someone obliges me.

This is an open invitation for all of you out there who, like me, are Bargees “addicts” : whenever you feel like playing a game..Choose ME!